What is ancient Egyptian medicine?Secrets of Papyrus

Health and wellbeing were the most cared arts by the Pharaohs

they considered health and sickness as an unceasing fight between good and evil power.

Most of the complementary medicine modality originated from ancient medicine

herbals medicine one of these modalities is what ancient report in their papyrus.

Ancient medicine was the result of:

Herodotus speaks of What is ancient Egyptian medicine?

According to Herodotus, there was a high degree of specialization among physicians (Hollous, eT-al 2005)

Ancient Egyptian were also familiar with pharmacy and pharmaceutical profession

they used herbal remedies and prepared the drugs.

they contain recipes and spells for the treatments of many diseases

they contain the diagnosis and provide information about ways of treatments using natural medicine.

birth and contraception are like crocodile dung, honey, and sour milk.

The most important diseases that are treated by ancient Egyptian medicine

Dermatology medicine was the glory of ancient medicine (Ebers papyrus)

cloves of garlic been found in burial sites includes Totankhamon tombs and temple of pull in Saqqara.

Herbs were steeped in wine and used as oral medicine.

Garlic as important healing agent clauses mashed and macerated in vinegar and water for oral section problems and lungs complain. Garlic used for prevention and treatment.

Plants and seeds used for cooking super nutrients food. Sprouting seeds and mixing it with other herbs to enhance its nutrients values, they had other tea and herbs for stomach and all kinds of a urinary complaint. Coriander leaves were commonly added fresh to spicy foods to moderate their irritation effect.

Cumin used against flatulence with coriander for flavoring, cumin with wheat flour to relieve the pain of any aching or arthritic joints.

They had medicine for all ages, they always ask about the age of patients and documented in their prescriptions

they used green dates and ale sediments even papyrus plant used in medicine.

They had a quality-control test over medicine after preparing drugs, the chemist had to test its quality.

They believe that god run in his old ages suffered from several diseases made drugs to cure all men.

So they believe that there are medical drugs can be used as universal remedies as it made by God (Godly medication) like ones made of honey, wax and 14 botanical substance mixed together and make adhesive plaster that cured all maladies.

3rd ingredients and measures used and methods of preparation 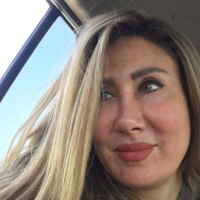 Health Coach with a Ph.D. in ancient medicine and Egyptology.

What is ancient Egyptian medicine?Secrets of Papyrus